Article by Kate Philbin at the Totnes Times.

As the planning application was submitted for the transformation of a historic town centre pub, the woman behind the plans has been speaking out about her extraordinary life.

Geetie Singh-Watson, 48, known to many as the wife of Riverford entrepreneur Guy Watson, is the driving force behind the redevelopment of The Bull Inn in Totnes which aims to become an organic gastropub with letting rooms upstairs. However, it is not an extension of the Riverford empire but a project in its own right and it is hers and hers alone, Geetie insists. She says that people assume The Bull will be run by Riverford or is being financed by Riverford but actually it is neither.

Raised on a commune in Herefordshire by a mother who was a builder, Geetie was no stranger to hands-on manual work from an early age. Her mother, Liz Singh, bought and restored a derelict cottage, installing everything from the sewage system to the windows. She was “a powerful role model” for Geetie as was her father, Gurmukh Singh, a Sikh entrepreneur who first came to the UK in the 1950s. He founded the first Indian restaurant in London that was owned by its staff. One of its backers was Salman Rushdie.

Later, her mother remarried and her stepfather, Geoff Petty, an educationalist whose work is used to this day by schools such as Totnes Progressive School, also proved a great role model. At the age of 28, Geetie opened her first “values-driven gastropub”, The Duke of Cambridge in Islington. Inspired by her hardworking parents and the example set by women like Anita Roddick, Geetie was determined to create a thriving pub business that was both ethical and profitable, without compromising on staff welfare or the quality of ingredients.

She needed £350,000 to build the business. “I asked everyone I knew if they would be interested in investing. No one gave anything they couldn’t afford to lose, it was a gamble but it was fun.” The pub broke even in its first year. Geetie admits she was “too young and cocky” and she “should have listened” to advice from Anita Roddick, who told steadily to build a stable and effective business. Instead, swept along by the dotcom boom, Geetie bought two more pubs in London. “As the business expanded the passion got lost. Within five years I
sold off the two other pubs and just kept The Duke of Cambridge. Overall it was a positive experience but I felt bad for the investors.” Despite these knockbacks, Geetie believes the experience gave her a far greater understanding of business. “You don’t learn in business when you are being successful, you learn from your failures. If I were investing I would never invest with someone who hasn’t failed at least once because they know nothing.”

Geetie sold The Duke of Cambridge to Guy Watson four years ago. At the time she was a trustee of the Soil Association and a founder member of the London Food Board with Ken Livingston. She was also working with schools in deprived areas to teach children about healthy cooking. When she met Guy it wasn’t exactly a match made in Heaven.
She said: “I had known of him in the organic world for many years but he came to talk to me in 2007 about setting up a pub in London. I thought, what are you doing here on my patch? I was very frosty.” The pair met again some years later through the Soil Association and it was a very different meeting. “I realised our business values were completely aligned and that
he was extraordinary.” They married in 2014. Geetie spent three years running The Riverford Field Kitchen but stopped to concentrate on developing The Bull. 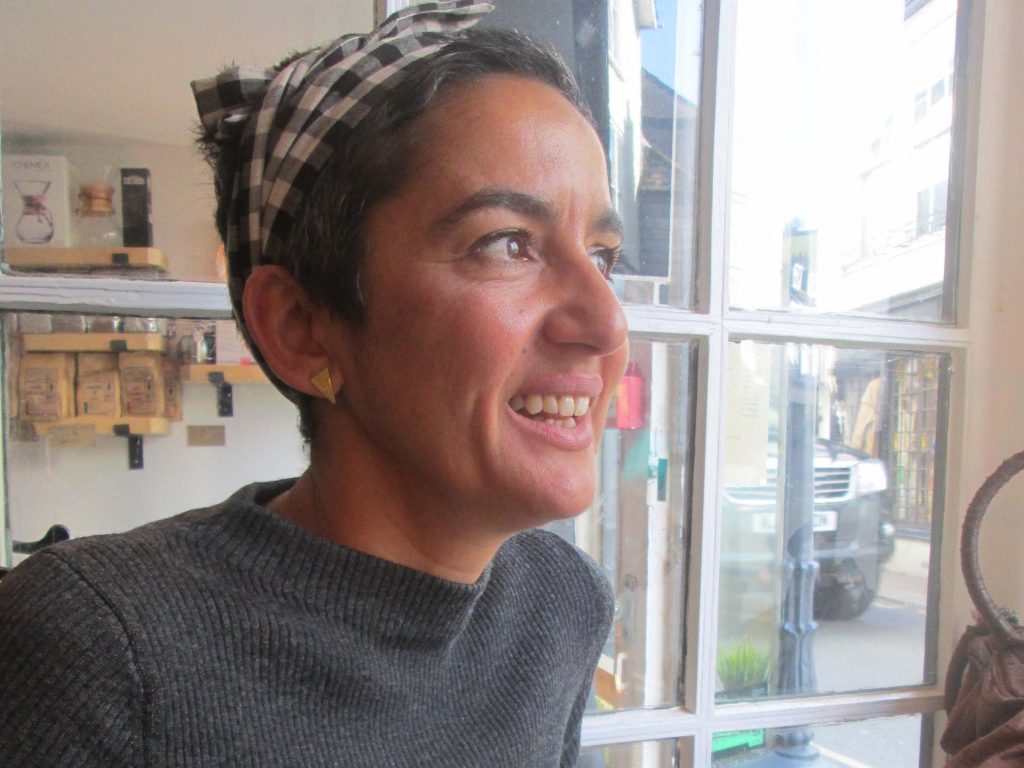 She has always been fascinated by town centre pubs and looks out for any that are for sale in a town “in the way that other people look out for houses”. She said: “I love The Bull. It looks beautiful and it has great views and a big, corner site in front of an open square. It is slightly off the beaten track which I love as it means tourists have to put some effort into discovering it.”

The pub is currently in a run-down condition and requires extensive restoration. Geetie has plans to turn it into an organic, values-driven gastropub but without losing its traditional heritage. Its name won’t change as she believes “pub names should be protected, they are part of our history”. The restoration work, which will cost in excess of half a million, is being funded by the sale of Geetie’s London flat. “I rather like the fact that property equity, which feels like an unfair distribution of wealth, is being used to bring a historic Totnes pub back to life.” 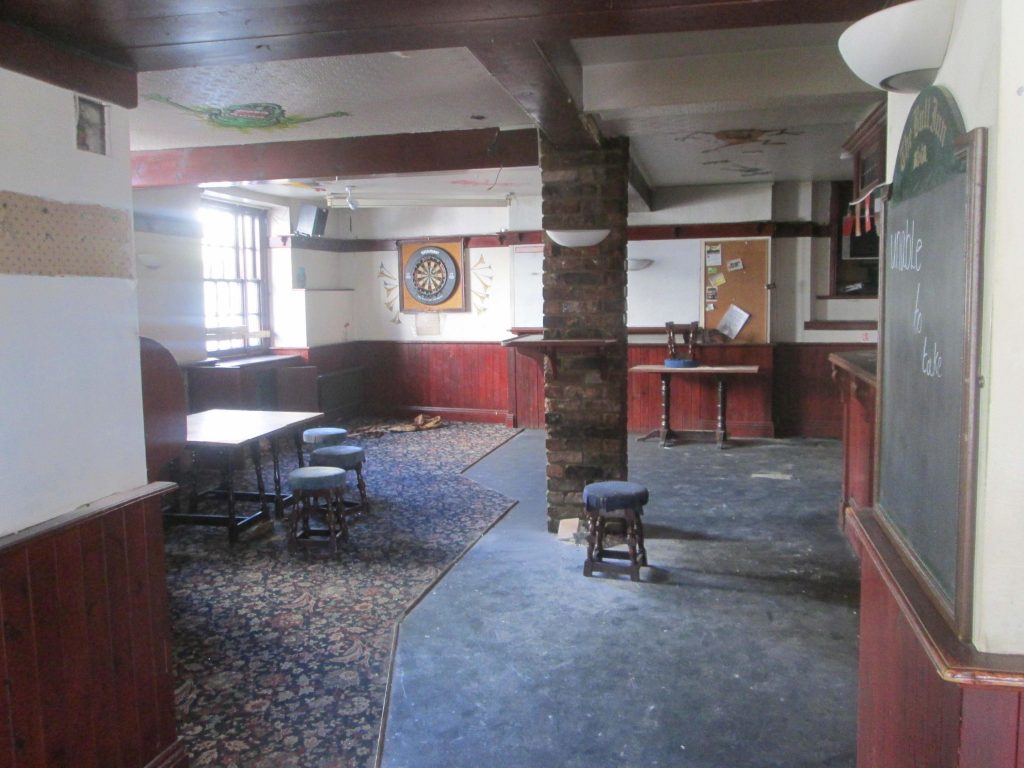 If all goes to plan, the pub will open in Summer 2019. Around 30 jobs will be created and it will use local, organic suppliers. Geetie said: “I grew up in a staunchly feminist household – my mum could strip down a car engine! The fact that people assume Guy is funding my business has opened up a new conversation in our household about feminism. It is great. Guy is a real feminist, he took my name when we got married. It is an exciting time.” The planning application for The Bull is available on the SHDC website, reference: 3376/18/LBC 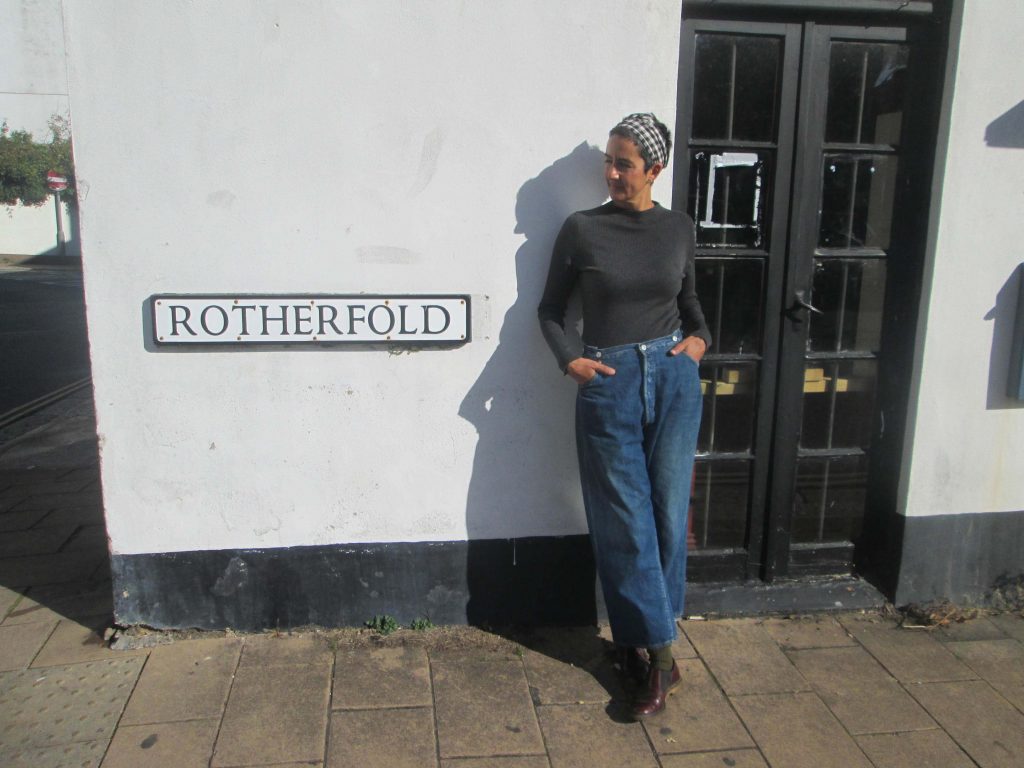 Visitors to south Devon, particularly those from Europe, are frequently taken aback at the lack of public transport into and around the beautiful Dartmoor National Park. Even if you’re staying in one of the so-called “gateway” towns like Ashburton or Bovey Tracey, it’s not possible to get up to the moor without hiring a taxi or walking for miles on roads before you get to proper moorland scenery. But there are ways for visitors to Totnes to enjoy Dartmoor without a car. Here’s a few of them:

From Totnes you can get the excellent Stagecoach Gold bus to Ivybridge or South Brent (runs every half hour and even hourly on a Sunday). From both of these towns the walks onto the moor are on footpaths -- and if you’re a confident walker able to read a map and compass you can walk from one to the other via some fabulous Dartmoor scenery.

Ivybridge lies on the lovely river Erme and you can follow the river upstream from the town centre through beautiful woodland, then cut across to the picturesque hamlet of Harford and onto the open moor at Harford Moor Gate. The energetic can walk from here all the way to Piles Copse, one of the three areas of ancient woodland on Dartmoor and an idyllic spot for a picnic. The Two Moors Way runs along the ridge above, and you can follow it back into town passing prehistoric stone rows and with magnificent moorland views.

In South Brent you can follow footpaths up the equally lovely river Avon valley, via Lutton and Didworthy, then walk up the bridlepath to Corringdon Ball and the Glazebrook valley where there are many prehistoric remains and great high moor scenery. Return on footpaths via Aishridge and Aish.

On Saturdays between May and September, you can take advantage of the Haytor Hoppa which drives across the moor taking in sights such as Hay Tor, Widecombe and Hound Tor. Take the train to Newton Abbot and pick the bus up there. You can hop off at one place and hop on again at another, thus enjoying a linear walk or two, and eventually returning to Newton Abbot train station. There are four buses and day and the timetable can be found here.

If you’re used to camping and carrying your own equipment, you can take advantage of the fact that Dartmoor is the only national park in the country that allows wild camping. Take a small tent and pitch it at least 100m from a road or house and the moor is your oyster (with the exception of a few areas – see link below). You can walk from Ivybridge to Okehampton or follow the Two Moors Way from Ivybridge on a more easterly route, finishing somewhere like Chagford. It goes without saying that you need a compass, a map and the ability to navigate before you venture out onto these high moorland routes! Information on wild camping can be found here. Buses can take you from Okehampton or Chagford back to Exeter and from there by train back to Totnes.

If you’re not comfortable with negotiating your own route or you’d like the benefit of a guide who can introduce you to the hidden delights and history of Dartmoor, contact Dartmoor Walks and Rides This Way. Based in Ashburton, which is served by the regular 88 bus from Totnes, I can meet you at the bus stop and take you for a half-day or full-day exploration of the moor either on foot or on an electric bike. But I’m afraid the 88 bus doesn’t run on Sundays…..

Due to the uncertainty around how long the current COVID-19 pandemic lockdown and/or social distancing measures will be in place, and with the risk of a second wave of the virus towards the end of the year, we have taken the difficult decision to cancel this year’s Totnes pride as it stands, and instead, host an online event in its place.

This has been a difficult decision, as for us, some of the highlights of the previous events centre around people coming together in person, and celebrating and protesting together.

We are, however, extremely excited to take all that is fabulous about Totnes Pride and create an online event that reaches even more people, including those who, for whatever reason, haven’t been able to attend the event in the past.

All our love and respect,

By Coast & Country Cottages With the Totnes to Sharpham walk so picturesque, we just had to make a visual guide to show you the natural beauty of one of South Devons glorious walks. This moderately easy walk along along the Dart Valley trail takes you to Sharpham Vineyard, where you can sample locally-produced wine and cheese! The bustling ancient market town of Totnes is situated at head of the estuary of the River Dart, and is the starting point to The Dart Valley Trail. Read more about sharpham walk.