Congratulations to the South Devon Railway as they have just received confirmation of a significant National Lottery grant of £124,800 from The National Lottery Heritage Fund. The organisation which operates steam trains from across the River Dart in Totnes, plans to spend the money on some exciting heritage projects and aim to re-open in December.

Dick Wood, Public Relations Officer said, ‘The money be used for various maintenance projects and will provide immediate help with the costs of re-opening the line which has sadly been unable to run for over six months now. We plan to re-start with the ‘Polar Express™’ trains for the Christmas period.’

Part of the money will be used to upgrade the railway’s museum at the Buckfastleigh station, which is where the steam train takes visitors from Totnes via Staverton.

The South Devon Railway is the oldest heritage railway in the West Country having re-opened in 1969, which usually welcomes up to 100,000 visitors every year. It is a registered charity with a small number of paid staff and over 600 volunteers who run the railway every day from March to October, Christmas and New Year.

Mums on a Mission… Totnes on its way to becoming UK’s most breastfeeding friendly town as World Breastfeeding Week begins As World Breastfeeding Week begins on Wednesday 1st August, two mumpreneurs from Devon are delighted to announce that they are on their way to making Totnes the UK’s most breastfeeding friendly town. On a mission to improve breastfeeding rates in the UK, which has according to UNICEF some of the lowest in the world, working mums Lisa Lessware and Philippa Doyle launched their ‘Breastfeed Here with Confidence’ scheme in March. Widely known for its unique vibe and independent spirit, nearly every cafe and eatery on Totnes high street is now displaying the latest breastfeeding friendly badge. Over 40 cafes, eateries and businesses have signed up to the ‘Breastfeed Here with Confidence’ scheme in Totnes alone, all highlighting their support of breastfeeding mums. Both the NHS and UNICEF list embarrassment at feeding in public as a major barrier to breastfeeding and Lisa and Philippa wanted to do more to minimise this, helping mums be safe in the knowledge that they can do so with confidence. 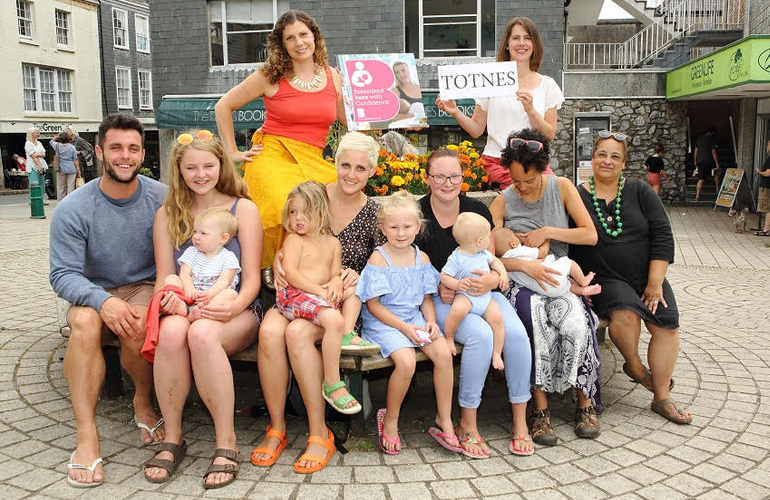 Lisa and Philippa are welcoming nominations for new establishments to display the badge. Gathering with local mums in Totnes to celebrate putting Totnes on the map as the UK’s most breastfeeding friendly town, they said – “We want to say a huge thank you to everyone who has been so supportive of the scheme, we’ve been overwhelmed by the positive response and passion to show support to breastfeeding mums. The ‘Breastfeed Here with Confidence’ scheme is so important not just for mums, but to let all customers and diners that walk through the door to know that it is a breastfeeding friendly space. The more women who feel able to breastfeed confidently in public, the more normal it will become.” 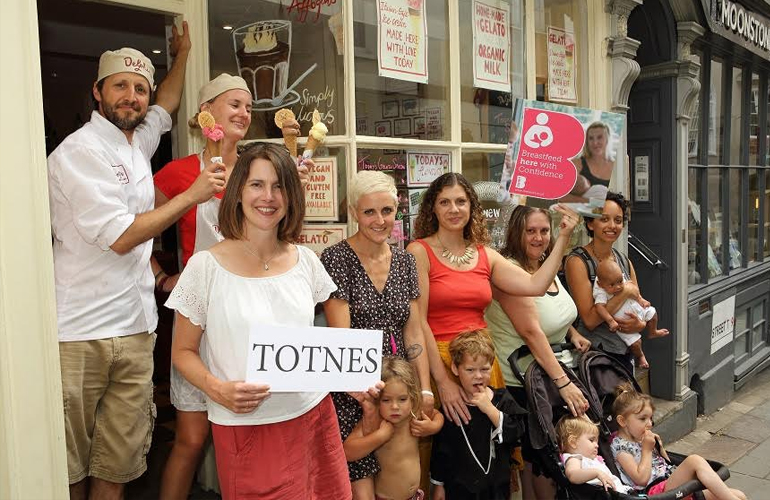 Lisa and Philippa celebrate putting Totnes on the map as one of the most breastfeeding friendly towns in the UK with local mums, ahead of World Breastfeeding Week (1-7 August) The family friendly destination store, Dobbies Garden Centres, became the first official national retailer to sign up to the Bshirt ‘Breastfeed Here with Confidence’ scheme during National Breastfeeding Week in June, with the badge becoming a permanent fixture in all 34 centres throughout the UK. The scheme has been commended by leading breastfeeding specialist, trained nurse and midwife, Clare Byam-Cook. Author of the top breastfeeding guide 'What to Expect When You're Breastfeeding and What If You Can't?', Clare is a regular main speaker at The Baby Show and an expert on many sites including Annabel Karmel. Commenting on the launch of the latest scheme, Clare said: “It is well-documented that many mothers feel apprehensive about breastfeeding in public. I am delighted to support this initiative, which I hope will encourage more mothers to feel confident that, whenever they see this badge they can be assured that breastfeeding is encouraged and they will receive a warm welcome. I hope this idea takes off and that many businesses will display this badge.” 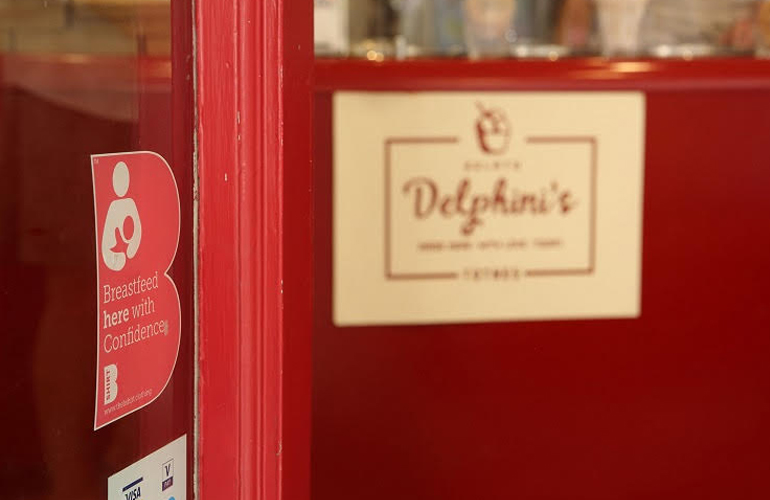 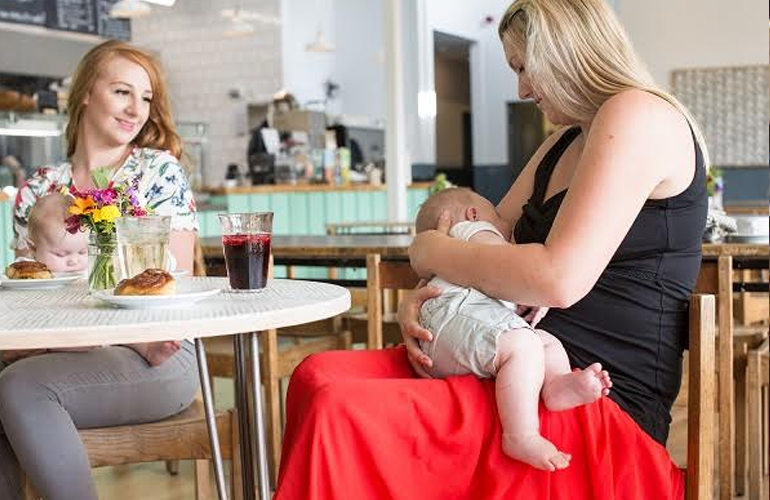 With the world spotlight on breastfeeding, the news follows the US announcement that it is now legal to breastfeed in public everywhere in the United States, following the passing of laws to legalise public breastfeeding in Idaho and Utah. Lisa and Philippa are looking forward to welcoming even more businesses to the scheme in the South Hams and beyond to help women in the UK breastfeed with confidence. To read more about the Bshirt’s ‘Breastfeed Here with Confidence’ scheme, register interest or nominate a venue to display the badge, visit breastfeedwithconfidence.org.uk. 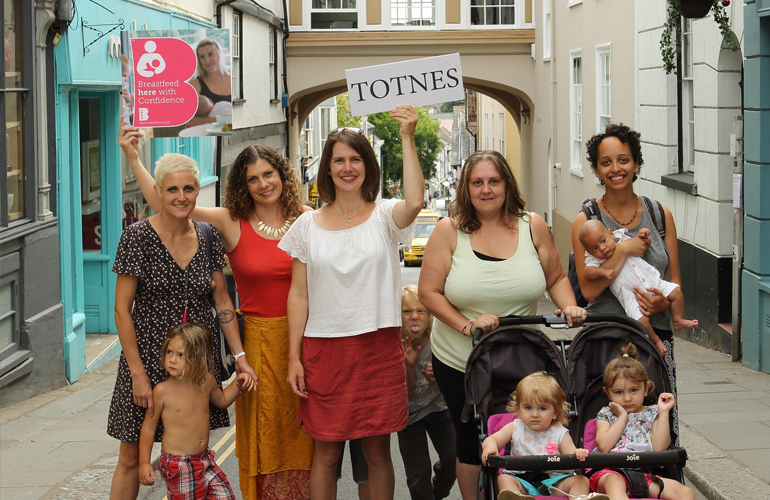 In addition to inspiring a few modern musicians Totnes has had its fair share of historic success stories. Whether it's the early exploration of Australia, or a connection to the inventor of the computer, the town has been home to important pioneers in their field. Below are four famous local heroes who have either lived in or were born in Totnes. William John Wills Visitors to the town may notice the Monolith that stands at the bottom of Fore Street. This is a monument to the explorer William John Wills, born in Totnes, the son of a local doctor. In 1861 he was part of an expedition that became the first to reach the Gulf of Carpentaria and cross Australia from North to South. Mary Wesley Although she wasn't born in Totnes the famous novelist Mary Wesley did call it her home, and while living in Totnes wrote ten bestsellers. During her lifetime she sold over three million copies of her books in total. Charles Babbage Although it's debatable whether Babbage was born in Totnes the farther of modern computing is definitely linked to the town. Not only was his Grandfather Benjamin Babbage the mayor of Totnes in 1754 but Babbage attended the King Edward VI Grammar school as well. Dorothy Elmhirst Last but not least Dorothy Elmhirst will be remembered for co-founding the Dartington Hall project with her husband Leonard. After buying the hall in 1925 the Elmhirsts set about restoring the place and turned it into a project that promoted progressive education and rural reconstruction. As Totnes continues to be an inspiring place for artists, musicians, and innovators who knows what the future might hold for those born or living in the town today. Visitors can find out more about these local heroes by visiting Totnes museum, taking a stroll out to Dartington Hall or just walking around town.